Please register to obtain the right of access since we have more than one thousand non public products.We will review your information within 24 hours, If you are authorized we will inform you via Email.

With a deeper understanding of knowledge about diamonds and gemstones, you will find that the only thing that can be changed by human’s wisdom and technology is the cuttings of gemstone. Here, I’d like to introduce several common ways of gem cut as follows:

Round: Also called Round Brilliant. It is the most common cut and shape as well as the gold standard of gems. Some reports show that round-cut diamonds account for 75 percent of total gems sold in the market. Its 58 facets are distributed on a gem’s crown, girdle and pavilion by using a precise formula to realize the maximum of the cutting craft. 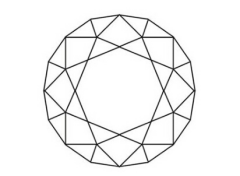 Oval Shape: It seems that oval shape has existed for a very long time, but it was actually first created in the 1860s. It is a symmetric design with 56 facets. Just like marquise, oval is a kind of improved round. It brings more visual components because of its elongated design. Therefore, an oval gemstone appears bigger than a round one under the condition of the same weight. 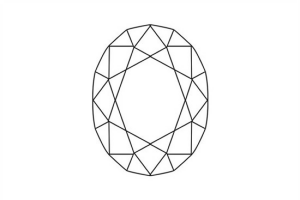 Marquise: There is an interesting story about it. According to the legend, as a diamond lover, the king Louis XIV of France hoped that the design of a marquise-cut diamond could be consistent with the smile of Madame de Pompadour because it has two round arc ends, looking look the way of smiling. The marquise strengthens the visual attraction of gemstones as the oval shape does. Under the condition of same carats, a marquise-cut stone looks much bigger than a round-cut one. 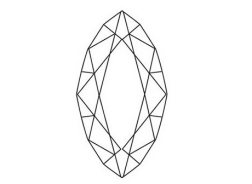 Pear Shape: In fact, pear shape combines the features of oval and marquise. Technically, it is also an improved round cut with 58 facets, possessing elongated visual aesthetics and asymmetry.

Princess Cut: Originated in the 1980s, princess cut is a kind of new cutting given to diamonds, which is popular among the public, especially in North America. It is a combination of rectangle and square cuts, which can make diamonds look much brighter than typical round cut. For material predominance, princess cut causes less material wastage at least one round gemstone than other cuts.

Heart Shape: This kind of cutting is used at the widest point of a pear-cut gem. As a symbol of romance, heart shape will never be out of style but at same time, it can make few profits on account of its high wastage rate in rough stones. The larger the stone is, the better the cut of it will be. What’s more, heart-shaped diamonds are also not as common as round ones. It needs more techniques to cut a gem, causing fluctuations in the price. 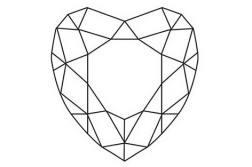 Square: Appeared in the beginning of 20th century and considered as the original of Octagon, square cut possesses symmetry by combing emerald and round. Just like the emerald, it is a mixed cut. 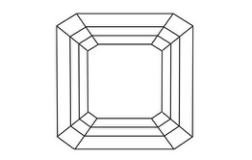